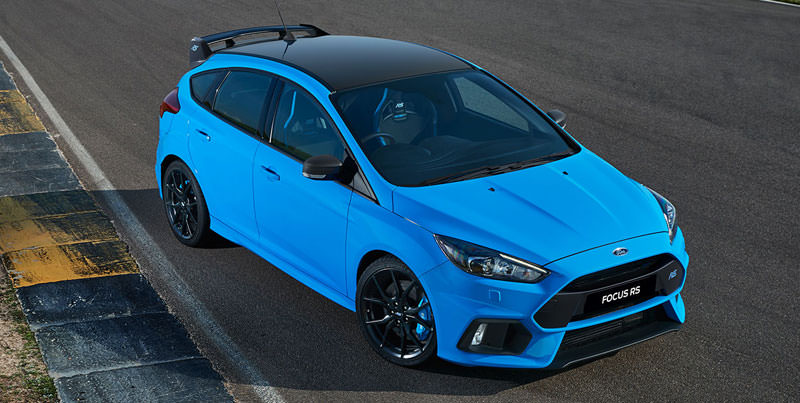 Allow us a moment to give a brief eulogy to the Ford Focus RS, as the Blue Oval announced that its 350-hp hot hatchback will cease production come April 6.

After years of watching our European counterparts enjoy the potency of the high-performance Focus RS, Ford finally gave us Yanks the opportunity to bask in the model's glory for the 2016 model year. And glorious it was. With 350 horsepower produced from its turbocharged 2.3-liter inline-four, the all-wheel-drive Focus RS immediately proved its pedigree by taking down the Subaru WRX STI and the Volkswagen Golf R in a comparison test conducted through the twisting two-lane roads in the Provence region of France.

Like a scalpel among steak knives, the Focus RS tore through apexes with grace and composure, all the while swinging its tail about like an excited puppy. The Focus RS wasn't perfect, though, and its stiffly tuned suspension tore at our vertebrae on all but the smoothest roads, which described fewer and fewer American roads every year. On a track, though, such as Virginia International Raceway (VIR), where we ran the Focus in our annual Lightning Lap exercise, it was brilliant. Even after the Honda Civic Type R topped the Focus RS by a narrow margin in a later comparison test, our childlike amusement with the Germany-built Ford's effervescent antics remained intact through the 2017 and '18 model runs.

Ford will continue to build the ordinary Focus for North America through midyear. A successor model is slated to come in 2019, but there's no word yet on whether Ford plans a next-generation RS version. And so we prepare to bid adieu to the Ford Focus RS for the time being, hoping that this isn't "goodbye" but "see you later."